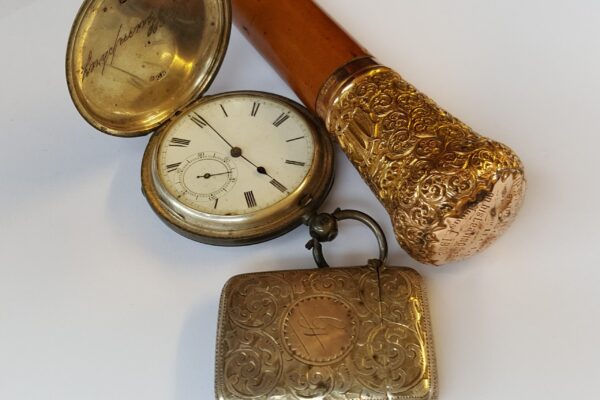 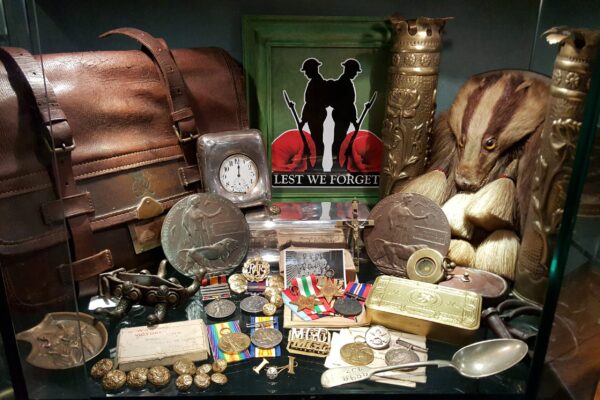 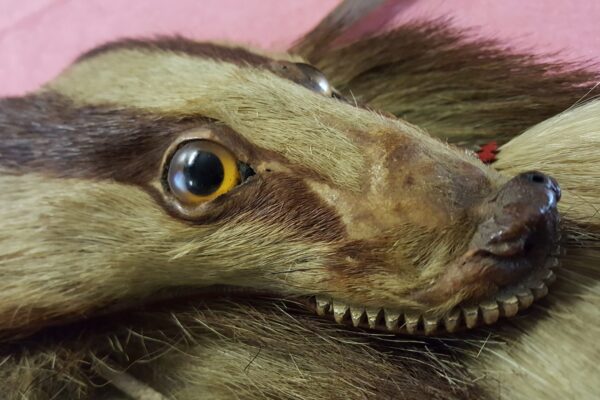 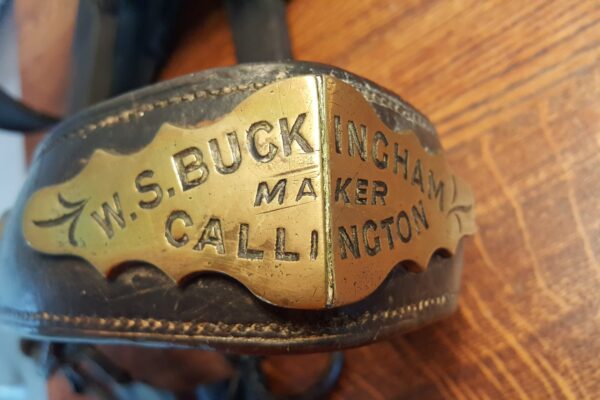 Callington is proud of its awesome community made poppy wave cascading to the War Memorial from the crenelations of St Mary’s Church for this years Remembrance Day. We donated the use of one of our family business premises for the community to create it & decorated the commemorative trees dedicated to Callington’s 21 fallen in WW1.  In a bizarre co-incidence of timing, Beech Auction’s house clearance team, made an astonishing find of local militaria, during the clearance of a Callington property. Unearthed in the back of a tea towel drawer in the kitchen, was a death plaque. This bronze plaque, known as a death penny, issued to the family of service men & women who lost their lives during WW1, commemorates one of Callington’s 21 fallen servicemen, Malcolm Humphrey.

Born into military life in 1892, Malcolm joined the Duke of Cornwall Light Infantry in 1907 at the tender age of 14. In 1911 both Malcolm and his brother James were stationed with the DCLI at the Gravesend Barracks. In the run up to the Second Battle of Ypres in 1915, Malcolm, by then a Lance Corporal was killed in action. His life is commemorated, as seen in the top right hand corner of the Callington War Memorial, on the Menin Gate Memorial in Ypres, as well as via one of trees in the commemorative avenue and the bench on Launceston Road. The whereabouts of very few of the 21’s death plaques & medals are still ‘unknown’, with many local & national collectors keen to own those outstanding. The death plaque is to be auctioned, paired with the find of a Goliath pocket watch in a silver travel frame, engraved ‘ In memory of Malcom…killed in Belgium 2nd Feb 1915’ and all our research documentation.

His father George Humphrey was also in the DCLI leaving the 2nd Battalion as Quarter Master Sergeant at the end of the Boer War in 1902. We found a malacca walking cane, with 9ct gold handle, insignia chased & commemorative engraving from his colleagues, to be sold with his wiggle-worked silver full hunter pocket watch & monogrammed vesta case. By 1911 as well as owning a property in Valentine Row in Callington, George purchased the Coachmaker’s Arms and 40 Fore Street, where his son-in-law, William Buckingham set up as a saddler & harnessmaker .

The clearance finds continued, with William’s WW1 medal pair, found in a pair of curtains (often used as weights) and has been paired with his rare mother of pearl Machine Gun Corp badge. Also his son William’s WW2 medal group, log book & ephemera including a collection of photographs, some military issue, some taken by William jnr whilst serving, including aerial photographs of Vesuvius erupting in Italy 1944.

More finds from this extended family estate include further WW1 and RAF long service medals, badges & buttons found in the sewing box and mess spoon & fork retrieved from the kitchen. A postcard album from Malcolm to his sister (William’s wife), a superb catalogue from the saddlers shop and a pristine heavy horse driving bridle with Buckingham of Callington nose-plate. Receipt books, one with a single entry to Vera Ghey of the Bulls Head 1978, adds to the list of local interest finds.

Callington auctioneer Hilary Mackay said ‘The thrill of the find, when clearing a property and reporting it back to the family is phenomenal, especially when the finds are highly collectable and of local nostalgic & historical importance.’ This array of lots, teamed with her research and retrieved ephemera are going under the hammer at Beech Auctions on 18th–19th November. Due to covid-19, it sadly will not be ‘live in the room’ of this normally bustling traditional saleroom, but on its own online auction platform, with local, national & international following